Dr. Harry E. Hickey: Bridging the Gap Between Art and Science in Fire Protection: A Respected Academics Vision of the Future In a fire protection career spanning 52, Dr. Harry E. Hickey influenced many people in the fire service, academia, insurance and research, as an authority in hydraulics and public protection.

Dr. Hickey was initially inspired to fire protection service by his family. Born on September 3, 1930, in Fredonia, New York, to Mr. and Mrs. Elmer Hickey. His Grandfather was the local postmaster and held another critical role, both a volunteer firefighter and as a founder of the local town fire department. His early service alongside his Grandfather evolved to multiple roles within the field of fire protection and the fire service. His fire service career spanned 20 years in the career service and 32 years as a volunteer.

While at OSU, he met Dr. John L. Bryan and began a friendship that would not only last a lifetime but would forever change his life. Dr. Bryan recruited him to join the University of Maryland, Department of Fire Protection Engineering in 1960 as the second full-time faculty member. He served in this role for 25 years, retiring in 1985. It is said that 350 new fire protection engineers were influenced and inspired to make the world a safer place based on Dr. Hickey's teaching and guidance.

Dr. Hickey's students remember him as being very open to new ideas and supportive to all his students and serving as an anchor within the FPE program. With his support, when a student took his class, they were assured of learning the class material. Tom Gardner stated in an interview, "Thought he was easy, but when you got out, you knew the material at the back of your head, not an easy A, you learned/knew your stuff" (Gardner 2020). It meant that while earning that A in his courses, you could not complete the class without knowing and understanding all of the content in all directions.

Other former students remember Dr. Hickey's willingness to serve as an advisor and support figure. Under the guidance of Dr. Hickey and his academic interests, Wayne Powell was the first student to graduate with a Bachelor of Arts in Urban Studies-Fire Science (commonly called Fire Administration today) in 1974. This degree was overseen by the Departments of Fire Protection Engineering (Hickey) and Dr. Thomas Murphy of the University of Maryland's Government and Politics Department. Under Dr. Hickey's faculty advisement, Michael Hildebrand was able to graduate with a degree in Fire Safety and Investigation. In an interview, Hildebrand stated, "Harry was very open to new ideas, supportive to students, and opened new doors to students" (Hildebrand 2020). He recalls writing a paper for Dr. Hickey and receiving it back covered in a sea of red markings; It was with Dr. Hickey's editing that he learned technical writing skills and later went on to publish a book which is going into its 5th edition, as well as six booklets with one of them selling well over 100,000 copies! Additionally, Hildebrand was honored to have been asked to join Dr. Hickey to consult for the National Fire Academy on hazardous materials.

Among Dr. Hickey's favored academic interests were Water Supply, Fire Service Hydraulics and Urban Fire Protection. He believed that designing buildings and fire protection was to be looked at from community protection and not just the individual building.
Dr. Hickey's contributions to the fire service, both career and volunteer, are numerous. Dr. Hickey was a pioneer and game-changer to many things seen in the modern fire service today, including rural water supply and Urban Fire Protection. In addition, Dr. Hickey served as a member of the College Park and Hillandale Volunteer Fire Departments in Maryland and the deputy fire coordinator in Wyoming County, New York, which involved many back and forth trips from Maryland to New York for many decades.

Past student and now the Clinical Professor at the University of Maryland Department of Fire Protection Engineering shares a story. At the time, Ken Isman worked for the National Fire Sprinkler Association (NFSA) and developed a 2-week training seminar for sprinkler design affectionately called the Sprinkler Boot Camp. "There were two different fees for taking the class, a higher one for people that were not members of our association and a lower one for members. About ten years after I graduated from Maryland, I got a call from Dr. Hickey. He asked me if he could get his son into my Layout Sprinkler Technician class at the member rate rather than the non-member rate. I explained that I would be happy to let his son register using the member price since almost all of the material that I used in the class was material that I had learned from him. I went on to say that since so much of the class was from his material, he could teach his son as easily as I could and it would be less expensive because his son would not have to travel and stay for two weeks. There was a pause at the other end of the phone and then Dr. Hickey replied to me, "Ken, you don't have kids, do you?" I had to laugh. What passed between us unsaid at that point was the realization that kids can't learn difficult subjects from their parents. Sometimes, it's better to get that from a stranger"' (Isman 2021).

Among Dr. Hickey's significant works was what we know called the Insurance Services Office (ISO). Following his retirement, he served as an expert consultant on multiple projects, including providing guidance and insight on various topics related to the Fire Suppression Rating Schedule (FSRS) utilized by ISO in the development of municipality-specific Public Protection Classifications (PPC). In addition, Dr. Hickey is well known for decades as a tireless advocate for the value of effective fire protection for insurers and property owners alike. His perspective was especially valuable given his deep understanding of how local municipalities could reap the economic benefits of lower losses and potential reduction in the cost of property insurance."Dr. Hickey's friendship and expertise is sorely missed. Our world is a better and safer place because of his life-long devotion to improving fire protection" (Powell, 2017).

Following his 25 years as a professor at the University of Maryland, Dr. Hickey was the Fire Chief and Director of Fire Protection at Johns Hopkins University/Applied Physics Laboratory in Howard County, Maryland. As part of this new career, he was required to earn his EMT, a class he would share with his daughter, Kelly Aldridge. Aldridge recalls the EMT instructor stating,"Not only do I have a fire chief, but I have his daughter as well" (Aldridge 2020). It was because of Dr. Hickey that Hillandale VFD established their mobile command units. Other memories shared by Aldridge recall that the families of Dr. Bryan and Dr. Hickey were very close and oftentimes shared dinner and other gatherings together. (Aldridge 2020). Mrs. Aldridge remembers helping with entering Dr. Hickey's students' grades and making packets with carbon paper on Sunday afternoons.

The National Fire Heritage Center, an organization and archive for preserving the perishable documentary history of the fire protection disciplines and fire services, was incorporated in Maryland as an IRS 501c3 non -profit organization in 2006. The organization's roots go back to late 1999 and early 2000 when Dr. Hickey brought forward the concept which led the United States Fire Administration/FEMA to fund the comprehensive study, "Heritage Hall:A Proposal to Archive the History of the Fire Service/Fire Protection Disciplines in America" (HH Report). That study was detailed in a formal printed report released September 18, 2003, at the cost of $25,000.00 (157-pages in length)" (NFHC History 2021). Without Dr. Hickey's hard work, labor, and dedication, the NFHC vision likely may not have come into existence. Dr. Hickey was honored with the title NFHC Principle Founding Member by past NFHC President Ronny J. Coleman of California in 2008.

Dr. Hickey passed away in January of 2017, leaving behind his 2nd wife, Gloria, four children, eleven grandchildren, six great-grandchildren, hundreds of fire protection professionals, and students who had learned and studied under him. In Dr. Hickey's own words from his doctoral dissertation, "I firmly believe that it is encouragement, love, affection, and understanding of one's family that permits the accomplishment of great goals" (Hickey, 1977). His legacy lives on through his work to the fire protection community as a whole and through the Dr. Harry E. Hickey Scholarship Endowment established in July 2009 by alumni of the 4-year academic program, his friends and former students. Income from the Scholarship Endowment provides annual FPE scholarships in the A. James Clark School of Engineering at the University of Maryland at College Park. The Fire Suppression Research Laboratory, an important component of the FPE curriculum, is named in his honor.

Dr. Hickey's life and career are summed up in his own words, regarding the importance of the Insurance Services Office on fire protection capabilities nationally, Dr. Hickey once said, "I know from my personal and academic-research experience that good fire protection has a tremendous effect on the vitality and sense of well-being in a community. When a fire happens, those who need help can easily see the difference between an effective, well-organized, and smartly deployed firefighting resource and an inadequate or non-existent one. I've spent most of my adult life analyzing the key components of good fire protection, and I can tell you this – I can't imagine living in a world without ISO's Public Protection Classification program. It works because the financial incentives to improve classifications are unique and effective. It works because insurers and residents alike benefit from the informed choices of community leaders. And, it works because saving lives and property continues to be the prime mission of local emergency responders" (Powell, 2020). Dr. Harry E. Hickey donated his collection to the NFHC in two batches, one in 2008 and the other in 2015. The collection included many historic objects, including a Parmelee sprinkler head from 1878, as well as source material and manuscripts from the writing of his books. 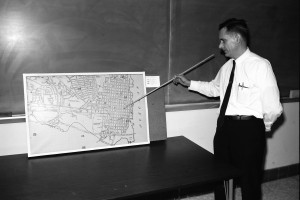 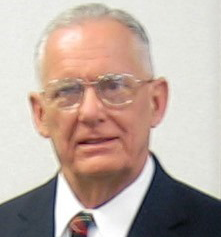 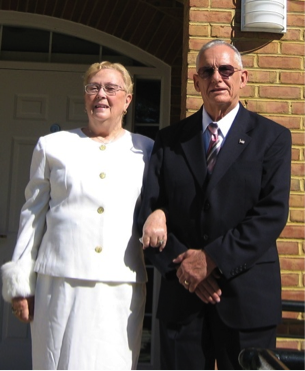